Differences Between Dab Rigs And Bongs

Ever since dabs came into the picture people have been confused about which one to choose and what is so different about them when compared with bongs. So, to ensure that you are getting the best out of your smoking experience you should always observe the details and check which one is better suited for you. One reason why people always lean more towards bong is that it has been around for a really long time (few people date it back to around 2400 years in Russia) and dab rigs were only found a few years ago (around 2003). First and foremost, you should know what dabbing at its core means then and only then you would be able to understand how much different it is from bongs and other smoking accessories

Dabbing is using the concentrated saps, extracted oils, or vaporized plant leaves and heating them on a hot surface (typically a nail or something like that) and then inhaling using a dab rig. A dab rig is a specially designed glass product that is generally used for the process of inhaling the dabs safely (sometimes they are also made from quartz or other metals which produce different effects). Dab rigs can range from 20-30$ to 2000-3000 and even more depending on what kind of materials are used in building it (you can check out these amazing designs of dab rigs under $100).

Now you might have a pretty good idea of how dabbing and dab rigs work. Now you should probably understand how you use bongs. Bongs have different kinds of shapes and you can see over time how weird (or interesting) shapes have emerged in the bong making industry. The main purpose of bongs is to filter and cool out the smoke that comes from the burning of dry leaves being burnt at the other end (the majority of people use bongs just to do marijuana). Cannabis is stored in a small container whose end is connected below the water in the main pipe. When burnt the smoke from combusting leaves goes through the water which cools the smoke down and also filters it and what you are left with at the end is pure marijuana hit which is much better and potent than just outright smoking it.

One key difference between both is the dab rigs are used to smoke marijuana or other plant concentrates while in bongs people do not usually use concentrated stuff. You can use bongs to smoke: –

Looking at the competition dab rigs are just for concentrated stuff, but the initial compounds remain the same. People use concentrated (or you can also call it extracted) products which are much more potent than normal compounds. But the way we inhale both products is more of the same. 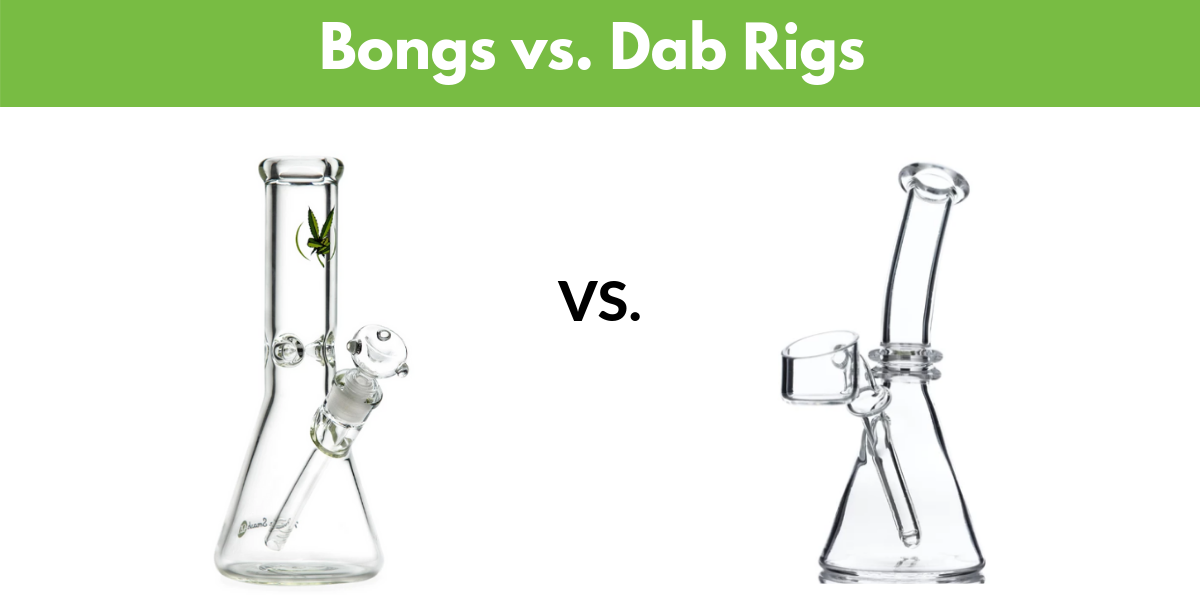 Then there is the method of consumption, how we consume the smoke produced in both ways. Also, we should keep in mind how the smoke is produced is different in both. In dab rigs, we use a torch and nail to create the smoke and the heat is ideally kept low so that it( the concentrates also known as dabs) doesn’t combust while using bongs we are combusting the dried out herbs or flowers whatever you are using. To vaporize the dabs in case of dab rigs you will have to attach the dab nail to the water pipe so that after heating the compound the smoke will go through the pipe and then you can inhale it. While in bongs the water pipe is linked with another opening (called male and female joint) which is linked under the water so that when the smoking compound is burned on the other end of the smaller pipe the smoke from combustion goes through the water and gets filtered.

Then we can take a look at the pricing of the dab rigs and bongs which are quite similar to each other. They both have similar price ranges and it varies from design to design. The fancier product you will buy, the more you will have to pay for it. Although dab rigs under 50 are a little expensive compared to normal bongs since there is not much equipment needed in bongs while dab rigs are a different story. But this is only because dabbing has a lot of accessories that are not seen in bongs. But one thing the smoking community (especially the people who use dab rigs) says is that the accessories are worth using. There are numerous items we can look at which are great for making your dabbing experience better like dab torch, quartz nail in place of traditional nails, carp cap, and dabber tool.

Another major difference between them is the size. When using bongs, you will notice that the pipe holding the dried out weed (or tobacco, or flowers) has more percolators that are present for optimally filtering out the smoke, and cooling is for a better experience. But when using dab most of the time there are no percolators and if there are, they will be really thin and minimally present since even a little contamination can ruin the whole experience in case of dabbing. This is why you will see that bongs are bigger, and that is the reason why dab rigs and bongs vary in sizes. 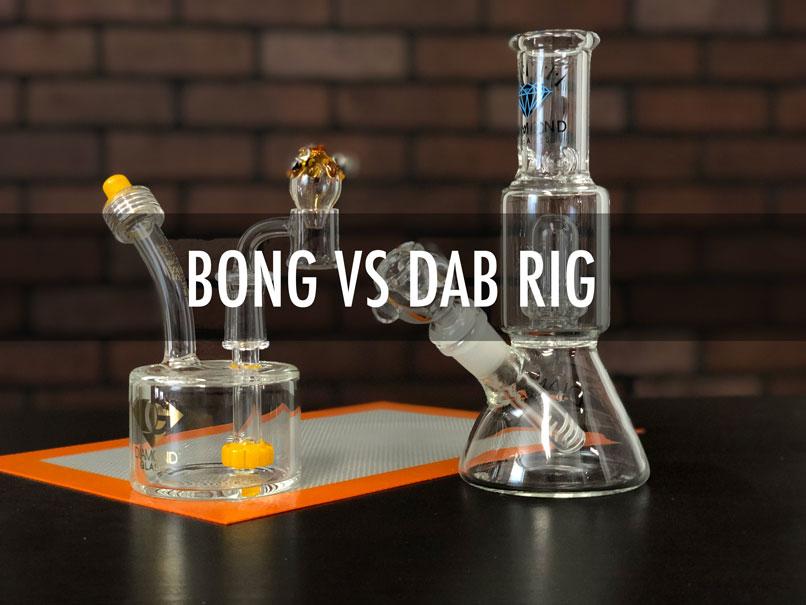 Both the bong and dab rigs have their own advantages and the smoke generated from both hits differently so you should carefully choose which one you want to go with and you can always experiment with the other one and see if you like it better.