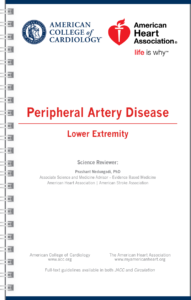 Up to 16% of people over the age of 55 suffer from Peripheral Artery Disease PAD. Risk factors for the condition include diabetes, smoking, older age, and atherosclerosis in any arterial blood vessel. Peripheral Artery Disease is a progressive condition caused by the formation of atherosclerosis plaques in the peripheral arteries, reducing blood flow and, in some cases, causing pain. Quantaflo is a PAD test, it delivers accurate, fast results within 5 minutes. The rupture of one of these plaques triggers platelet activation and factor 10a thrombin generation. This further limits or may completely block blood flow through the artery, causing symptoms to worsen. Vascular obstruction may cause limb ischemia, which in severe cases can lead to limb amputation. Importantly, Peripheral Artery Disease is frequently asymptomatic. More than half of patients undergoing major amputation for critical limb ischemia may have had no symptoms of ischemia as little as six months earlier. In some high-risk cases, revascularization is recommended to relieve ischemia. This involves using a sent to manually widen the artery and restore blood flow. 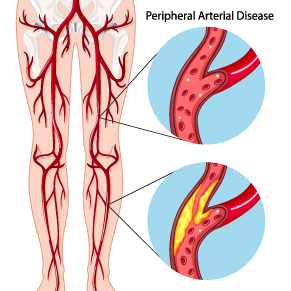 Cardiovascular events like myocardial infarction and stroke are the leading causes of death worldwide. Every two seconds another patient dies from a cardiovascular event, this means about eighteen million deaths per year, equivalent to three times the current population of Denmark, and by 2013 this number is expected to rise to over 23 million. These deadly events are caused by atherosclerosis, a systemic progressive disease which can manifest as Peripheral Artery Disease or PAD. In severe cases, PAD can lead to limb ischemia and even amputation. Often, patients with PAD also have manifestations of atherosclerosis in other parts of the body, like the coronary, cerebral or carotid arteries. The deadly connection is all too frequently overlooked and while the severity of Peripheral Artery Disease is often underestimated, these patients are at an elevated risk of being between three and four times more likely to experience myocardial infarction stroke or cardiovascular death than patients without Peripheral Artery Disease.

This is why these patients need effective vascular protection from the possible consequences of atherosclerosis. In Peripheral Artery Disease, patients atherosclerosis can begin to develop decades before symptoms arise since atherosclerosis plaques grow slowly. When a plaque ruptures and the blood clot forms, the threat of a vascular even becomes very real. Blood clots consist of activated platelets stabilized by fibrin strands while activated platelets aggregate to seal the rupture site, fibrin formation is triggered by the coagulation cascade. An important part of this chain reaction involves factor 10a and prothrombin. When factor 10a encounters prothrombin, it cleaves prothrombin into thrombin. One molecule of factor 10a can catalyze the activation of a thousand molecules of thrombin. Which cleaves fibrin into fibrin. Later the fibrin assembles into strands. Thrombin also leads to further platelet activation via PI receptors located on platelets thereby increasing platelet aggregation. This activation doesn’t just happen in the blood flow but occurs predominantly on the plaque surface. Due to thrombin’s effects on platelets and fibrin, it offers a specific therapeutic target for the inhibition of arterial clot formation. Reducing thrombin generation is a promising approach currently under investigation for the prevention of myocardial infarction, stroke or cardiovascular death in patients with Peripheral Artery Disease. In case of any of the above symptoms is found, immediately consult a Cardiologist and take Quantaflo test.