What is Robux in Roblox Game and how to get them?

Roblox is an MMO or massively multiplayer online gaming platform which has more than 60 million monthly users. The games on the site are all created by users and are millions in number. This is a unique and interesting experience for users which attracts a lot of players. The games are mainly aimed at the 8-18 age group and are very varied from shooting games to sports and murder mysteries. But anyone can join the site and play games regardless of their age. Roblox works on Microsoft Windows, iOS, Android, Mac OS, and Xbox One platform which make it easily accessible on various devices as per players’ convenience. Players can also interact and talk with each other in games via the chat option available in every individual game which is good for developing new friends and teammates.

Roblox games follow a group creation mechanism that helps in developing a sense of coordination among players and they can form various groups such as building groups, fan clubs, forum groups, etc. All this and the ability to customize in-game avatar need Robux, the in-game currency to perform. Robux being the in-game currency, you need it to get the best of the platform and improve your experience at the site. Robux can be bought by using real money and you can also earn it by creating your games and other things such as clothes and avatars that other players will be willing to buy.

Robux can be used for a large number of activities such as creating groups if you are using a premium membership and also can create a clan for the group by using about 500R$. If you want to change your username, you will have to spend 1000R$. You can upload thumbnails of images and videos for a certain amount of Robux and also advertise any game that you developed as well as any groups, clothes, models, etc. and all of them need varying amounts of Robux. You can also create ranks among your group for about 25R$ and also create game passes and develop special products in any games that you develop if you use Robux. Spending 350R$ allows you to upload an audio clip of your choice but this amount can vary depending on audio length and size. This shows that Robux is important for having a great playing experience and has a wide impact on gameplay and developing experience in the site. Casual gamers and serious developers alike would benefit a lot from having Robux to spend in the game.

There are a few ways by which you can get Robux but mainly you can either buy them or earn them in-game. Buying it from Roblox is a safe and easy process and you can buy it from the Roblox website or the phone application/Windows 10 application. Large quantities of Robux can only be purchased using the mobile application and you can only buy smaller values of Robux using the windows 10 application. For example, you can only purchase up to 80 R$ or Robux, which has a cost of 0.99$ from the windows application while you can buy up to 10,000 R$ through the mobile application. Although it is safe to buy from the site, you should always beware of scammers which will try and defraud you by offering free or discounted Robux. You should report such scams to prevent others from getting scammed. You can also get a certain amount monthly simply by joining Roblox premium which offers a different amount of Robux for different amounts of money. 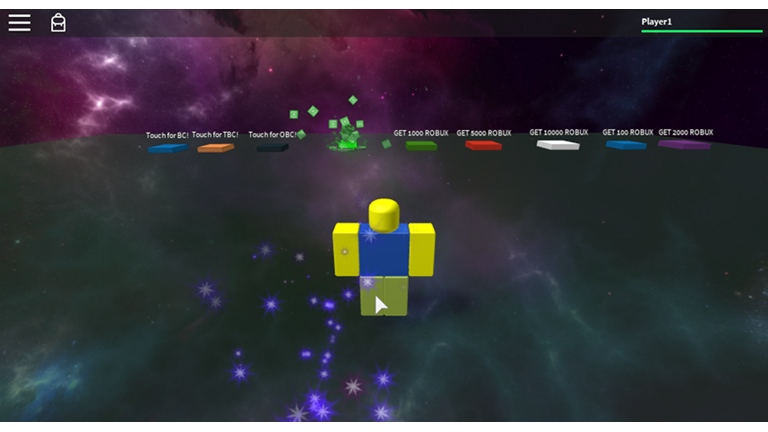 The other way you can earn Robux or R$ is by playing and there are various activities in the game that help you earn Robux daily such as becoming a Builders Club or Turbo Builders Club member which gives you daily 15 and 35 R$ respectively. If you develop a game, you can earn R$ every time a player purchases a game pass, gear or other such stuff, you are given the same amount of R$ that they spent. Game developers often add some special abilities or avatar items that can be bought in exchange for Robux which the developer will earn and this allows them to earn extra Robux while having a fun time in developing games. Developers who have a large enough sum of Robux (usually 100,000R$) earned can cash it out and convert it to real money using the Developer Exchange program which has the requirements that you must have a Roblox premium membership and be at least 13 years of age.

If you develop a game, you can add certain in-game purchases like avatars and add ons as well as repeatable purchases like the ability to buy in-game currency and temporary speed boosts, etc. All these ways help you boost your income of R$ from the games you develop. Robux can also be distributed and earned in groups that are successful by using the ‘Group funds’ section which can help players who cannot buy the Robux by spending real money. Further, you can earn some Robux by selling collectibles, trading them with other players in the game, selling clothes you own, selling any creations you make among other things. You can receive up to 70 percent of what users pay for any of your creations such as clothing and apparel or avatars. But these activities are only available if you have a Builders Club membership. Without a Builders Club membership, you can still earn Robux by creating game passes which are badges that offer a bonus for any game that you play. If you develop a game, you can earn by enabling VIP servers in your game which will allow players to get some exclusive benefits if they buy the VIP pass using Robux which you will earn.

You can also get Robux by visiting grabfreerobux.com and following simple instructions on the website.